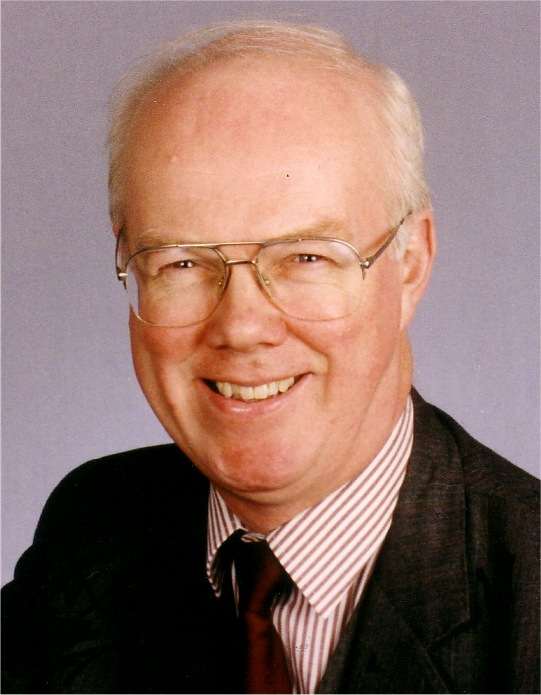 Click on the picture for a high resolution image which you can save for printing.

Michael Meadowcroft joined the Liberal Party in 1958. He is a former British Member of Parliament and has had over sixty years experience of Liberal party political organisation at all levels. He has been an election agent, national party officer, Local Government Officer on Party Headquarters' staff, full-time regional party secretary, twenty years as a City and County Councillor, and was the last president of the Liberal Party, elected in 1987. Whilst at Liberal Party HQ he inaugurated the Liberal History Group and the Association of Liberal Councillors.

He was the Chair of the Liberal Party Assembly Committee 1977-1981. He served on the Leeds City Council Education Committee for many years. He was also a member of the West Yorkshire Metropolitan Police Authority, and a Director of the Leeds Grand Theatre and Opera House. He was elected an Honorary Alderman of the City of Leeds in September 2002.

He is regarded as one of most experienced individuals in assistance to new and emerging democracies. Over twenty-five years, up to 2016, Michael led, or was a member of, fifty-three missions to thirty-seven different countries, assisting in the transition to multi-party democracy. These missions ranged from supervising civic education, to training election officials, and to preparing a new constitution, via parliamentary practice, co-ordinating voter registration, local government development, enhancing civil society, assisting emergent political parties, reporting on local electoral requirements, and election monitoring.

In 1994 he co-ordinated the UN Electoral Assistance Team in Malawi in the successful transition to multi-party democracy there. In 1995 to January 1996 he was Advisor on the Jerusalem Constituency for the European Union's observer mission for the Palestinian elections. Also in 1996 he was the Co-ordinator of the OSCE's International Observer Mission for the Russian Presidential election, following which he was the OSCE's Co-ordinator of the observation of the refugee vote for the Bosnian election. In 1997 he was Consultant to COMFREL, the prominent Cambodian NGO. and in 1998 he headed the European Commission's Technical Assistance Mission to the Cambodian National Assembly elections. In 1999 he was Post-Election Advisor to the UNDP-EU Technical Assistance mission for the Indonesian elections. In 2001 he was Team Leader for the EUEU Election Mission in Zambia, and later the EU's Chief Observer there. In 2002 he was an expert consultant to the TACIS programme in Uzbekistan. In 2003 he led a mission to Bangladesh to prepare proposals for the EU's election assistance programme. He was Advisor to the electoral commission in DR Congo, June 2004 to August 2005. He was involved in assisting the electoral process in Bangladesh towards the elections December 2008 and has a continuing role in assisting the new parliament.

He has also been in charge of non-governmental organisations with over one hundred staff and budgets in excess of ,1 million. He has been a widely published writer, including a spell as columnist in The Times, plus many books and booklets on political history and current affairs. His written archive is on the website: www.bramley.demon.co.uk. He is in demand for lecturing at seminars and conferences. He has appeared on both BBC television's Question Time and BBC Radio 4's Any Questions.

Michael chaired the Electoral Reform Society from 1989 to 1993, during which time he developed its international consultancy arm. He is a member of the Society's governing council. He has been a trustee of the Community Development Trust 1986-96, a school governor and a management committee member of a large housing association.

Michael holds a Master of Philosophy degree from the University of Bradford. He speaks French. In July 1998 he was inducted as a "Chevalier de la Commanderie du Faugères" - the organisation which safeguards and promotes the Faugères Appellation in the Languedoc. For relaxation Michael plays the clarinet and saxophone in the Granny Lee Jazz Band.

He is married to Elizabeth Bee who was an Information professional and who has served on a number of overseas missions in her own right.