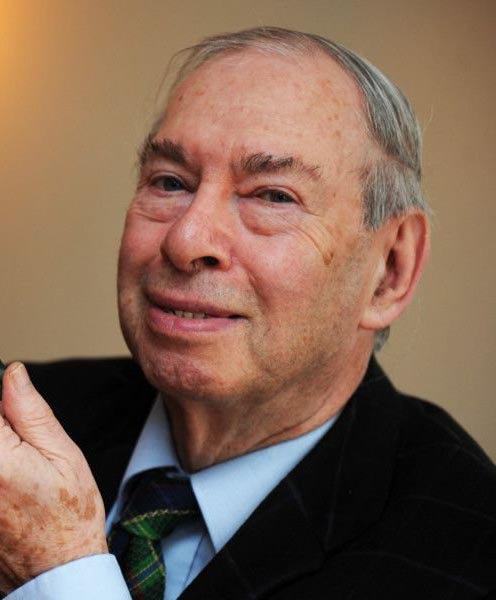 My fellow Leeds Alderman, Jeffrey Sherwin, has died at the age of 82. To those aware of its origins, The Henry Moore Sculpture Gallery on The Headrow, Leeds, is the continuing tribute to Sherwin. It was his vision and dogged negotiating skills that brought it about. As a newly-elected Conservative Councillor and the party’s spokesman on leisure services, he had the idea of establishing such a prestigious gallery in Leeds. He was initially rebuffed by both parties but he set about gathering influential support until it was eventually accepted.

His masterly tactic was to persuade Henry Moore that his foundation should endow the gallery. He was a somewhat shy man so Sherwin put together a small group of convivial councillors who entertained Henry Moore for lunch in one of the Lord Mayor’s private rooms. Moore enjoyed this and subsequent lunches with the same Leeds group and the Henry Moore Foundation duly provided a key £100,000 grant and Moore himself laid the foundation stone on 10 April 1980.

Jeffrey Sherwin was very much a Leeds man, born in the city in January 1936, undertaking his medical studies at Leeds University and establishing himself as much loved GP in the Harehills area. His father was also a Leeds doctor, qualifying under the family name of Morris Shernovitch before changing it to Maurice Sherwin in the early 1920s.

Jeffrey Sherwin qualified in 1961 and joined his father’s practice. In 1968 he married Ruth Israel, a talented pianist and herself the daughter of a doctor in Middlesbrough. She eventually came to Leeds to study piano with Fanny Waterman - and met Jeffrey Sherwin. He began his political career as a Liberal, contesting the Wortley ward unsuccessfully in 1963, but switched to the Conservatives winning a council seat at his first attempt in 1971 and remaining on the city council until 1980. He was later made an Honorary Alderman.

Sherwin was loud, brash and almost unembarrassable but was largely forgiven because he was a constant source of ideas. He followed the Henry Moore sculpture gallery by seeking to solve the city’s lack of an adequate concert hall by proposing the adaptation of the Victorian Corn Exchange. He got the Trust to support the Corn Exchange scheme but it was rejected by the city council.

He was also a knowledgeable art collector possessing works by Jacob Kramer, John Bratby and Henry Moore but it was his passion for the English surrealists, on which he wrote the book British Surrealism Opened Up, that established his reputation as a noted expert.

Another curious early enthusiasm was for the Morris Minor car and he once drove a Morris 1000 convertible to Moscow where, when parked in Red Square it became an object of considerable interest to the locals.

Jeffrey Raphael Sherwin, born 5 January 1936, died 11 November 2018. He is survived by Ruth, his wife of fifty years, and his sons Jonathan and Adam.