Lord Shaw of Northstead and of Liversedge 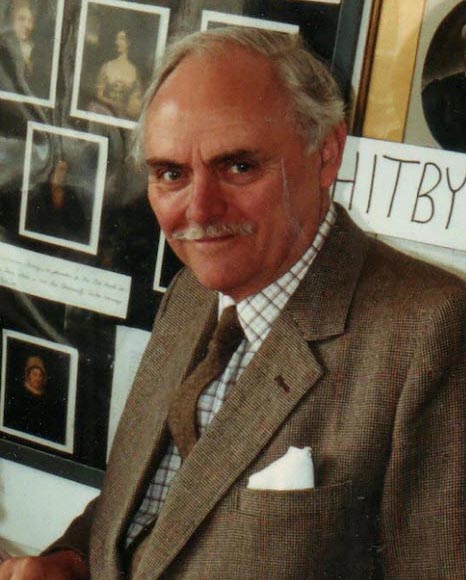 Michael Shaw was a popular, long serving Conservative Member of Parliament, representing initially the highly marginal seat of Brighouse and Spenborough from 1960 to 1964 and then Scarborough from 1966 until his retirement in 1992. He was very much of the old school: the loyal backbencher "knight of the shires" always immaculately turned out and one of the last regular wearers of a bowler hat. He served as Parliamentary Private Secretary first for John Hare as Minister of Labour and later for John Davies, successively the Minster of Technology, Secretary of State for Trade and Industry and Chancellor of the Duchy of Lancaster.

Michael Shaw was born in Leeds, attended Sedbergh School and then studied accountancy, qualifying as a Chartered Accountant in 1945 and advancing to FCA in 1952 and becoming a partner in the family firm of W H Shaw. He was already active in the Conservative Party and became briefly the Chairman of the Yorkshire Area Young Conservatives in 1950. He married Joan Mowat in April 1951 and they enjoyed almost seventy years together. He was appointed a magistrate for the West Riding in 1953. His first election contest was in in Dewsbury in 1955. The election was called at short notice and his hurried adoption meeting coincided with the birth of their first son, John.

He lost that election to Labour by over 7,000 and switched to the next door constituency of Brighouse and Spenborough which he lost in 1959 by just 59 votes. Shortly afterwards the newly re-elected Labour MP died from a heart attack and at the by-election, just six months after the general election, Michael was narrowly elected with a majority of 666 votes. He lost at the 1964 general election, again narrowly, and he then took the opportunity of Sir Alexander Spearman retiring from his Scarborough and Whitby seat after twenty-five years in parliament to secure the nomination as his successor. He was comfortably elected in 1966 and held the seat for twenty-six years. In parliament he served on the Select Committees on Members' Salaries and Members' Interests. He was knighted in 1982. In 1974 he was selected by the Conservative Party to be one of the appointed members of the European Parliament, serving until the first direct election in 1979. His loyalty to the Conservative Party was demonstrated two years after retiring from the Commons when, despite having said that he was looking forward to retirement and to spending time with his family, he responded to party leader, John Major's, request to go to the House of Lords and he was created Baron Shaw of Northstead on 3rd September 1994 and resumed his regular journeys to Westminster.

Michael, Joan and family lived in the historic Duxbury Hall in Liversedge, until he and Joan retired to more amenable accommodation in Winchester in 2015 when he retired from the House of Lords. He died on 8th January 2021 aged 100, leaving his wife, Joan, three sons and five grandchildren.