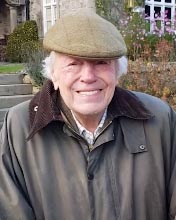 Working on the 1964 general election at Liberal Party headquarters and - typically without any appointment - in strode a tall, blond and dashing man who announced that he was going to be the Liberal candidate in the Richmond, Yorkshire, constituency. This was Keith Schellenberg. He hadn't ben panelled or even interviewed by the local association but such formalities never bothered Keith. He was fast tracked through the processes and duly fought the election, polling a creditable 20% of the vote. I asked him for the address of his local headquarters. He laughed and told me that he did not have such a normal thing but would have a mobile office, to wit a caravan towed behind an open eight litre Bentley.

He was a great character and made an immediate impression at every campaign stop. Alas, with Richmond being the largest constituency in England, he couldn't make enough of them to win. He was disappointed not to sweep home but he stuck with the constituency and fought it again in 1966 but when his vote dropped slightly he abandoned the seat. The long haul was not for Keith! However, eight years later, when his interests had shifted to Scotland, he made another Quixotic election foray in the Moray and Nairn constituency where he finished a poor fourth and he gave up on his parliamentary ambitions.